The Preliminary Results Announcement on the 28th February 2017 is now available in PDF format.

The modest but improving growth trend in underlying sales seen in the second half of 2013 continued through the first quarter of 2014, despite the disruption caused by the severe weather in North America and difficult economic conditions in South America. On a constant currency basis, Group turnover was up 2.9% with acquisitions contributing 1.6% to this total. However, adverse currency translation of 6.1% meant that reported sales in sterling were down 3.2% to £274.0m (2013: £283.1m).

On a divisional basis, underlying Consumer Care sales decreased by 0.6%. Crop Care was impacted by heavy snow in North America during January and February and weak sales into Eastern Europe. Weak sales in North America and challenging economic conditions in South America were the main reasons behind modest underlying sales declines in Personal Care. Health Care growth was strong in almost all geographies. A further 0.5% contribution to sales growth came from acquisitions.

Underlying sales in Performance Technologies were up 3.7%, continuing the improved trend seen in the final quarter of 2013. Business in Asia was particularly strong. All business areas apart from Home Care saw good sales growth. The Sipo acquisition added an additional 1.7% to turnover.

Underlying Industrial Chemicals sales were up 2.7% and again, Sipo added a further 7.2% to the growth.

There has been no significant change in Croda’s financial position during the period. Interest costs in the quarter were slightly higher than 2013 due to the consolidation of 100% of Sipo’s debt.

Underlying cash generation was again strong in the quarter, with net debt falling £13.6m to £188.6m even after paying over £20m into the UK pension fund in January.

We expect the modest improvement in underlying sales growth seen in the first quarter to continue. However, adverse currency translation is expected to remain an issue and consequently, second quarter performance is likely to be similar to that seen in the first quarter. The Board is confident that the Group has the right strategy in place to continue to drive profitable underlying growth.

The company will host a conference call for analysts at 8.00am (BST) today:

1 Continuing operations before exceptional items, acquisition costs and amortisation/write off of intangible assets arising on acquisition.

Interest costs decreased due to the reduced pension fund deficit, helping achieve the 6.5% increase in pre-tax profits referred to earlier.

There has been no significant change in Croda’s financial position during the period. Underlying cash generation in the quarter continued to be good and at the end of March 2013 net debt was £211.1m, an increase of only £3.4m versus the year end despite a payment of £38m into the UK pension fund in January.

The Board believes that the Q1 result represents a solid start to the year. The outlook provided in February is unchanged and we expect to report further progress in 2013.

The company will host a conference call for analysts at 8.00am (BST) today:

Please quote “Croda International” to gain access to the call

This statement has been prepared in accordance with the revised IAS19 rules regarding the accounting for post-retirement benefits. 2012 results have been restated so the figures are comparable.

Croda International Plc (“Croda”) today announces its interim management statement for the period since 1 July 2012 and the disposal of its Italian business based in Cremona. All figures in this statement, including those for the comparative periods, exclude this business which will be treated as discontinued in the full year accounts.

Trading in the third quarter was robust considering the depressed market conditions, particularly in Europe. Underlying* Group sales were up 3.2% compared to 2011.

Month to month trading has been volatile: sales were in line with expectations in July and August but trading weakened in September, usually a strong month. Adverse currency translation averaged 2.8% but the exit rate for the quarter was 6.2%. Including the adverse currency impact, continuing sales were up 0.5% at £256.5m (2011: £255.2m). As in previous quarters, we saw turnover decline in Europe but experienced growth in all other major regions. Volumes were up 8.9% overall but the strongest growth came in lower value products in Performance Technologies and Industrial Chemicals (which were weak in the third quarter of 2011). This meant that average selling prices fell by 5.7%. We fully recovered raw material inflation.

Performance Technologies sales were up 2.5% at £94.7m (2011: £92.4m). We saw growth in all business sectors apart from Lubricant Additives. Again, we successfully launched a significant number of new products but the strongest growth in the quarter came from existing, lower margin, less differentiated products. The higher volumes relative to Consumer Care led to an increased allocation of central costs to this segment. These factors reduced overall return on sales to 14.1% (2011: 14.8%) and resulted in a profit reduction of 2.2% to £13.4m (2011: £13.7m).

Despite the soft trading environment in Europe and the currency headwinds, our operating profit for the year to date at £193.5m is 8.2% ahead of a strong 2011 comparative period. This continues to vindicate our strategy of concentrating on high value, niche markets with innovative technologies, supplying to customers both large and small around the world.

Net debt reduced by £5.8m to £202.2m in the quarter despite a £10.2m payment to the pension fund as part of the funding plan announced with the interim results.

There were no significant events or transactions during the period which resulted in a material impact on the financial position of the Group.

We are announcing today the sale of our Italian business based in Cremona to a private company located in Italy for a consideration equivalent to the working capital value. Completion is subject to a number of minor conditions but is expected to take place before the year end. The business was acquired with Uniqema in 2006 and is focused on the manufacture of basic products for the Performance Technologies and Industrial Chemicals sectors. In the first nine months of the year it had a turnover of £25.4m (2011: £32.2m) and made an operating loss of £0.1m (2011: operating profit £4.1m). In the third quarter it had sales of £7.8m (2011: £10.4m) and broke even (2011: £0.6m profit).

Commenting on the outlook, Martin Flower, Chairman of Croda said:

“Quarter four has started well. However, with the market remaining weak, particularly in Europe, and currency headwinds, we expect a similar performance in quarter four to that seen in the third quarter. Looking further forward, the Board remains confident that Croda has the right strategy for continued growth.”

The company will host a conference call for analysts at 8.00am today.

Martin Flower, Chairman of Croda International Plc, is due to provide the following update on first quarter trading for the period ended 31 March 2012 at today’s Annual General Meeting:

"I am pleased to report that we achieved record Group results in the first three months of 2012, driven by our highest ever quarterly sales and profits in both Consumer Care and Performance Technologies.

Raw material costs have started to rise and we began to introduce price increases across a number of product areas from April.

The Board believes that these results represent a strong start to the year and we remain confident that 2012 will be another year of progress for Croda."

The Preliminary Results Announcement on the 21st February 2012 is now available in PDF format.
Croda 2011 Preliminary Statement Download
(pdf,330.3 KB)
Croda announces its results for the nine months to 30 September 2011.

"I am pleased to report good turnover and profit progress in the third quarter, driven by sales growth and margin improvement in our core businesses.

Industrial Specialities turnover declined 3.5% against the tough comparatives of a particularly strong third quarter in 2010. The shortfall was in July, with sales in the rest of the period ahead of 2010. Operating profit was down 6.8% with a decrease in commodity and by-product profitability being partially mitigated by stronger performances elsewhere in the sector.

Croda continues to trade well and we expect to report further progress in the final quarter and into 2012."

Martin Flower, Chairman of Croda International Plc, is due to provide the following update on first quarter trading for the period ended 31 March 2011 at today's Annual General Meeting:

"I am pleased to report a strong start to 2011 with record sales and profits in both Consumer Care and Industrial Specialities with robust demand continuing across all major geographies. Group sales increased 13.2% to £277.9m (2010: £245.5m) despite adverse currency translation of 2.4%. Overall volumes were slightly down as we continue to reposition our Industrial Specialities operations away from lower price/higher volume products towards more speciality business. Average prices rose during the quarter as we passed on significant raw material cost increases into the market. We have implemented further price increases where necessary in April.

On a segmental basis, Consumer Care operating profit was up 22.2% to £42.4m (2010: £34.7m) with Personal Care, Health Care and Crop Care all seeing significant sales and profit growth.

Industrial Specialities again achieved extremely robust profit growth of 63.7% to £18.5m (2010: £11.3m) despite the volume decline described above and adverse currency movements. Net debt reduced by £5.3m since the year-end to £215.1m despite an unfavourable currency movement of £1.5m.

We are pleased with the performance to date and are confident of reporting further progress throughout 2011."

The Preliminary Results Announcement on the 22nd February 2011 is now available in PDF format.
Croda 2010 Preliminary Statement Download
(pdf,132.7 KB)
Croda announces its results for the nine months to 30 September 2010.

“I am pleased to report continued strong progress in the third quarter, driven by significant sales growth building on a robust 2009 performance.

In quarter three Consumer Care has continued to trade robustly with big increases in sales (+15.4%) and operating profit (+32.5%) and improved margins versus the corresponding quarter in 2009. All business areas were ahead of 2009 with Crop Care delivering a particularly strong performance.

Croda continues to trade strongly and we expect to report further year on year progress in the final quarter of 2010 and into 2011.

Industrial Specialities turnover for 2009 and 2010 restated to include final adjustments relating to the discontinued Emmerich business.

Martin Flower, Chairman of Croda International Plc, is due to provide the following update on first quarter trading at today’s Annual General Meeting:

“At the time of our preliminary results in February we reported that the strong trading performance seen in the second half of 2009 had continued into 2010. We are now able to report record quarterly sales and profits in both Consumer Care and Industrial Specialities.

On a segmental basis, Consumer Care operating profit was up 20.6% to £34.6m (2009: £28.7m) despite challenging 2009 comparatives. Underlying sales increased strongly in both Personal Care and Health Care but Crop Care sales were down in line with the market. Overall sales increased to £130.0m, up 1.4% on last year’s figure of £128.2m, despite the adverse currency translation.

Industrial Specialities reversed last year’s £2.4m loss to record an operating profit of £10.5m with almost all areas seeing significant revenue and profit increases. Volumes increased dramatically and this is driving the 31% increase in revenues to £134.7m (2009: £102.6m).

As a consequence of the cash restructuring costs from the closures of both Bromborough and Wilton and adverse currency translation of £5.8m, net debt was little changed from the year end at £292.7m.

This is a very strong performance across the business and reflects both robust demand for our products globally and the benefits of the cost cutting activity we have undertaken since the acquisition of Uniqema. However, the buoyant trading conditions we have experienced have been seen across the chemical sector, suggesting an element of restocking. Furthermore, prior year comparatives do get tougher in the second half. We also expect to see raw material inflation begin to increase in many areas.

Notwithstanding the above, the robust trading has continued into quarter two and we remain confident of achieving significant progress throughout the remainder of 2010.” 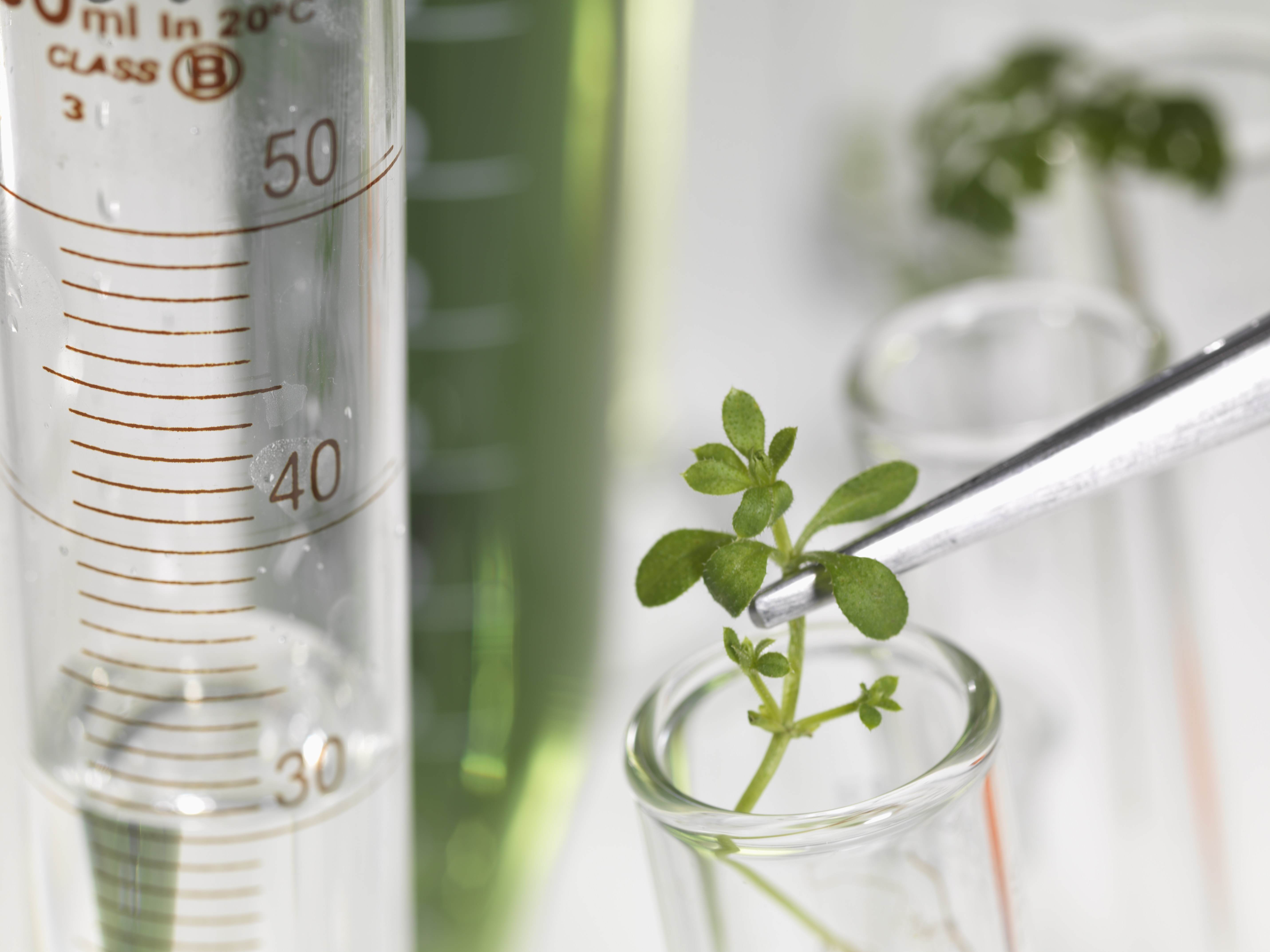